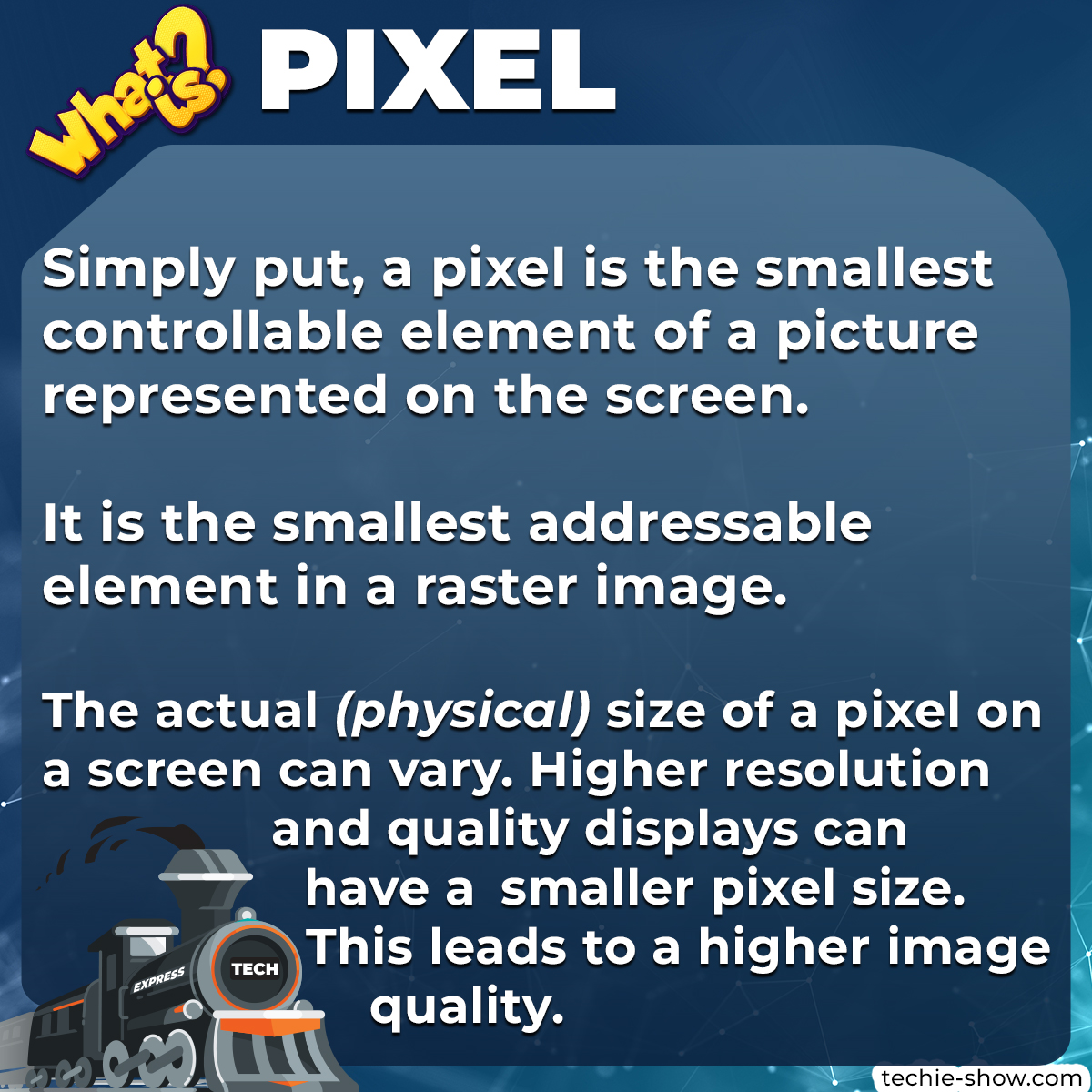 The actual (as in physical) size of a pixel on a certain screen or display can vary. Higher resolution and quality displays can have a smaller pixel size. This is most often correlated with the screen size.

A higher pixel count on the same size display will ultimately lead to higher image quality.

An example: on a 27-inch screen, the Full HD resolution looks decent. But 1440p will look sharper. Just think about Apple’s Retina Display. The whole thing basically means that the pixel density on a screen is so high that the naked human eye cannot distinguish individual pixels at a normal viewing distance. And that’s why you don’t want a low resolution on your big screen – being able to discern individual pixels while watching at the screen is an awful experience.