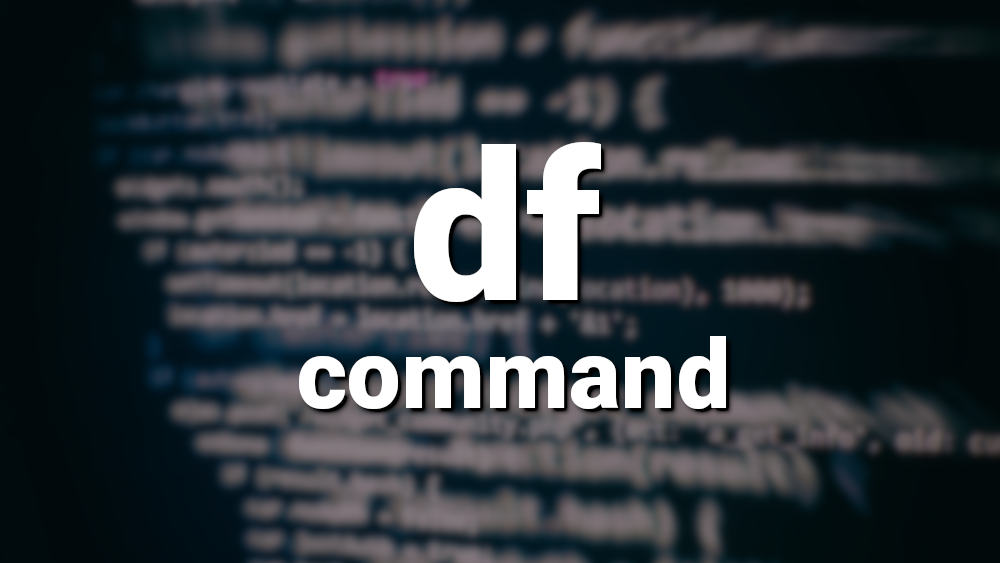 The df command comes from disk free and it is used in order to find out the amount of free disk space available on Linux and Unix-like systems. It is also useful in order to understand the filesystems that have been mounted.

Using the df command is quite straightforward. Just type df in your terminal or df with the required arguments. (example: df -i or df -h etc.)

The -h argument outputs the disk usages and values in human-readable form.

The -i argument is useful to see the number of free inodes.

This allows you to show the filesystem and its disk usage of the given file or directory.

If you’d like to show everything bug exclude the specified type, just use the above example with the -x argument followed by the name of the filesystem.

And of course, you can even combine arguments, like adding -h to other commands to get human readable forms.

Here’s what each column means when the df command outputs stuff: