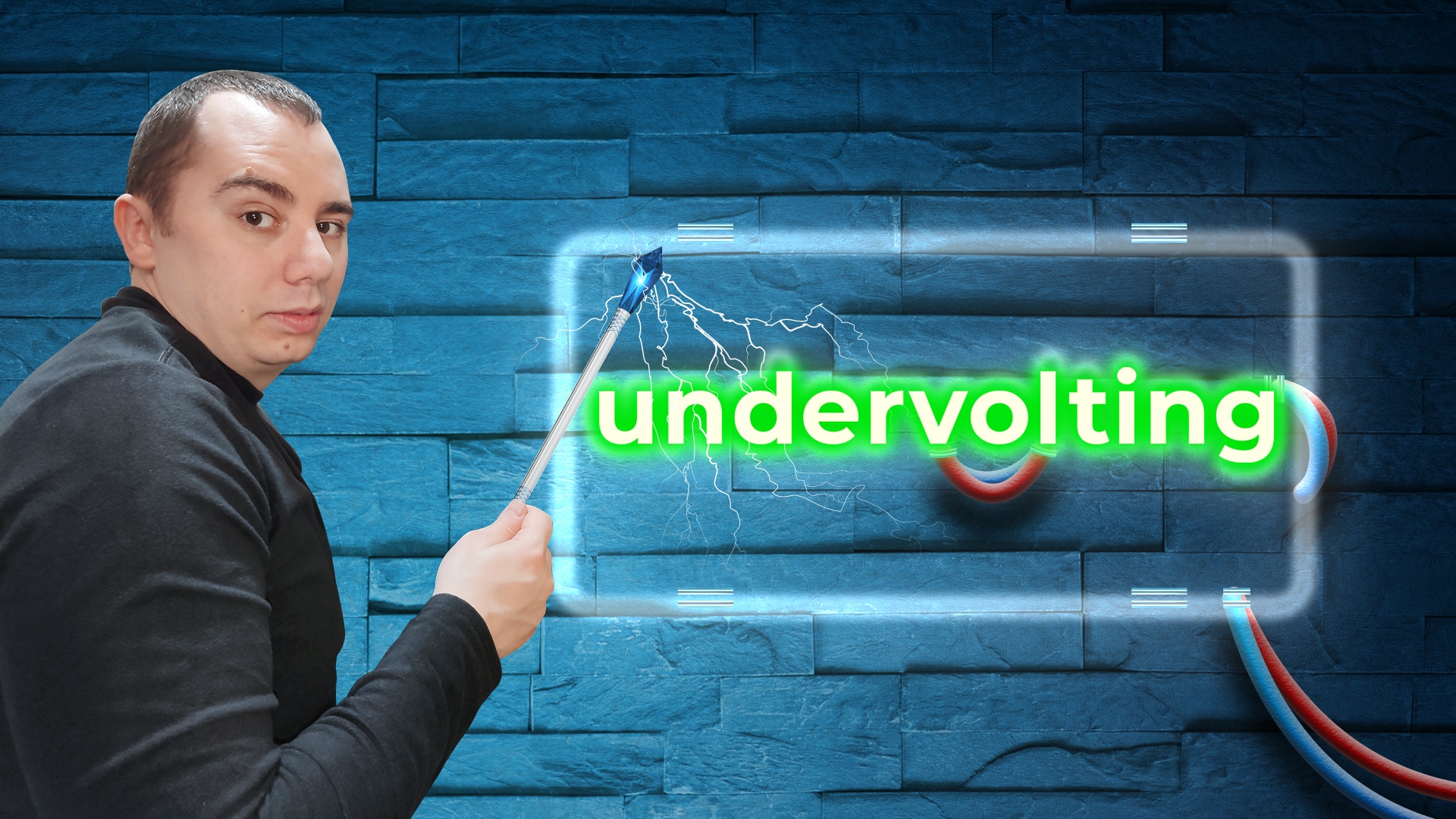 I must say that the process is similar for other AMD motherboards and CPU’s, and on Intel, it’s pretty similar and it works the same way. Just search for the right voltage setting as your motherboard calls it.

Please not that undervolting will not reduce performance if you don’t go overboard.

But WHAT IS UNDERVOLTING?

It’s a process that does not damage your hardware or CPU, but if you undervolt too much your system can become unstable because your CPU will not have enough power to do its job. Simply put, undervolting is the process in which we reduce the amount of power/voltage directed to our CPU. The more voltage your CPU gets, the hotter it gets.

Why do we undervolt?

1. To reduce heat, thereby reducing our CPU temperatures under all scenarios but mostly visible in heavy workloads (gaming, rendering etc.).

2. To reduce noise. If the CPU doesn’t get as hot, or it takes longer for it to get hot, the fan does not ramp up.

3. To reduce power consumption a little.

I undervolted. WHAT NOW?

Test! Stress test your CPU with OCCT, benchmarks or long periods of gameplay in the usual games you play. It’s important not to go overboard with undervolting.

On many laptops and some Ryzen desktop CPU’s, I noticed an actual performance boost in certain games. Why? Because the time needed to reach a temperature that will hinder Precision Boost Overdrive or thermal throttling has increased.

By needing a bigger workload or more time for a CPU to reach let’s say 70 degrees Celsius, you basically get extra time in which that CPU does not thermal throttle. That’s why I love doing this on stock coolers. Don’t get me wrong, I still do it when I don’t overclock even if I have an aftermarket CPU cooler. But it feels like such a great bang for my bucks when I get a CPU that can undervolt well and I can’t upgrade the cooler.

The best part of undervolting is the fact that it’s easy to do, and on desktops its more convenient since you can save the settings from the BIOS and you don’t necessarily need additional software. Also, undervolting is FREE!

I always undervolt my PCs, even when I run the stock cooler. And at least on Ryzen machines, usually, I see some performance improvements too! Because it takes longer for the CPU to reach temperatures that reduce the amount of Precision Boost the CPU applies to itself.

As you will see in the graph above, by undervolting my Ryzen 2700 I almost doubled the time needed for it to reach 65 degrees celsius while under OCCT load. That is amazing considering games and normal applications do not stress the CPU as much as a stress test. All this with some quick BIOS adjustments and some stability testing in OCCT and my favorite games. So cool! 🙂

I hope this article or the video above has helped you!