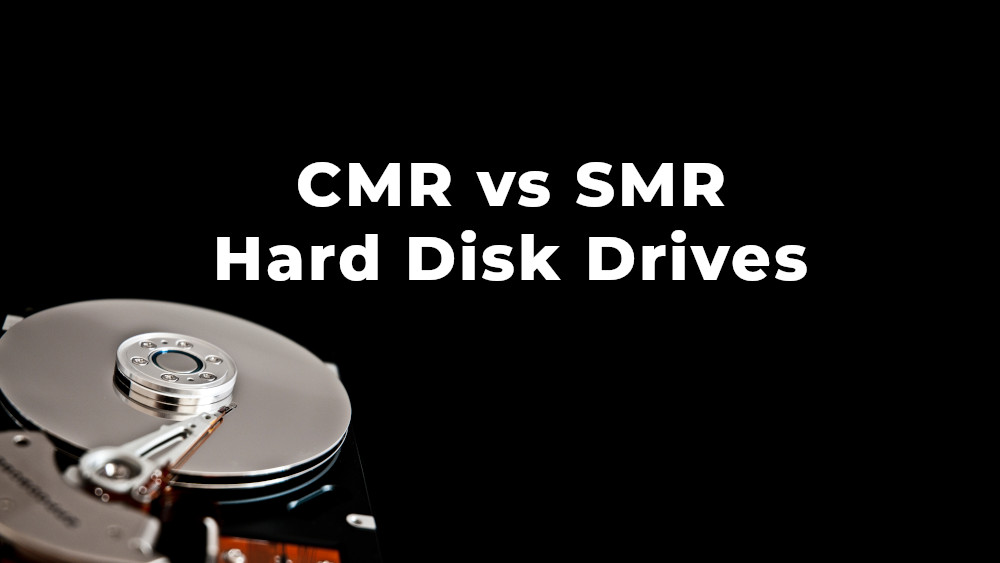 Buying a hard disk used to be quite easy. Now we have stuff like CMR vs SMR drives, manufacturers not being completely clear in their product showcase pages, and so on.

TLDR: To keep things short, you should strive to buy a CMR drive because SMR drives, while they work just fine, are usually slower in every typical individual test carried by a lot of people out there. SMR drives are slower as their method of writing data aims for storage density, and one of the drawbacks of this goal is speed.

And before we continue, yes, even if manufacturers have developed firwmare that optimize the read and write performance for SMR drives, they are still not that great as a CMR drive.

CMR or PMR drives – how they work

The way CMR works is by aligning the poles of the magnetic elements, which represent bits of data perpendicularly to the surface of the disk. The magnetic tracks are written side-by-side without overlapping.

And because the write head is usually quite large in comparison to the read head, HDD manufacturers aim to shrinking the size of the write head – or do it as much as possible.

SMR – how do these drives work?

Shingled Magnetic Recording, or SMR, is an extension to PMR. It basically offers improved density. And this happens because rather than writing each magnetic track without overlapping, SMR overlaps each new track with part of the previous track. One way to think about it is by comparing it to the shingles on a roof.

By overalapping the tracks, write heads become a lot thinner, and we get a bigger areal density.

CMR vs SMR drives – why does it actually matter?

In short, because you want the best performance for your dollar.

But to get a little bit more technical, regardless of whether an HDD uses CMR or SMR when some new data is written on the drive, the tracks are fully readable without performance impact.

So we have a pretty good read speed, right? No matter what we choose? Right? Kind of. Not really. Well, it depends on how you use the drive.

But! On an SMR drive, when any data is edited or overwritten, the write head will not overwrite data on the existing magnetic track. It will write the new data on an empty area of the disk. While the original track with the old data will temporarily sit put. Then, when the SMR HDD becomes idle, it will enter a ‘reorganization mode’, where the old bits of data on the original track are being erased and made available for future use.

This reorganization procedure must occur and makes idle time essential on an SMR drive. If you hit the respective SMR drive hard with write and read operations, it won’t get to do this in a fast way, and the drive will have to write new data and reorganize stuff at the same time. This causes an impact on the overall read and write performance of the drive.

How can I tell if the HDD I want to buy is SMR or CMR?

Some manufacturers make it easy, some not so much. But basically, searching with something like ‘product code SMR or CMR’ on Google will lead you to a good result most of the time.

Now, Western Digital, on their homepage in the shop section, actually lists CMR or SMR for their drives in the ‘Full Specifications’ area, at the Recording Technology specification. Neat!

For Seagate, however, you have to go to the product page, and download the PDF datasheet. Oh well, I guess it works.

Here’s a breakdown of what is what usually, at least for the common models. Please, search online or on the manufacturer’s website in case the below data becomes outdated. It was last looked up in 29.01.2022, on the manufacturers’ websites, just so you know.

When does buying a SMR drive make sense?

My opinion is that never.

But if you get an amazing price, and you know that hard drive will not get a lot of writes, edits, and deletions… well, it might make sense since the actual heavy usage of erasing,editing and writing data is causing the ‘slowness’. Like if you were to just fill it up with movies and that’s it. Those movies will not get edited, deleted or anything – they will just be read when you watch them. I guess – thinking about selfhosting something like Plex or Nextcloud… or a DIY NAS. I’d still opt for a CMR drive – what kind of discount are we talking about, to be fair? 10% is not worth it in my opinion.

Basically, aim for a CMR drive. And if you are new to the whole computer parts upgrade or stuff… don’t stress if you are buying a NAS drive for your desktop PC. It does not matter, it will work the same – maybe even last longer!

Hard disk buying is now as tedious as buying another component, I guess – one more thing to look for besides the usual specifications. I do hope that testing, developing, and working with diverse methods and technologies of storing data will eventually lead to manufacturers developing more performant and higher density hard disks. Just imagine a 100 TB HDD! That would be insane.

I hope this article helped you figure out what you need – an SMR or a CMR drive and why it matters.