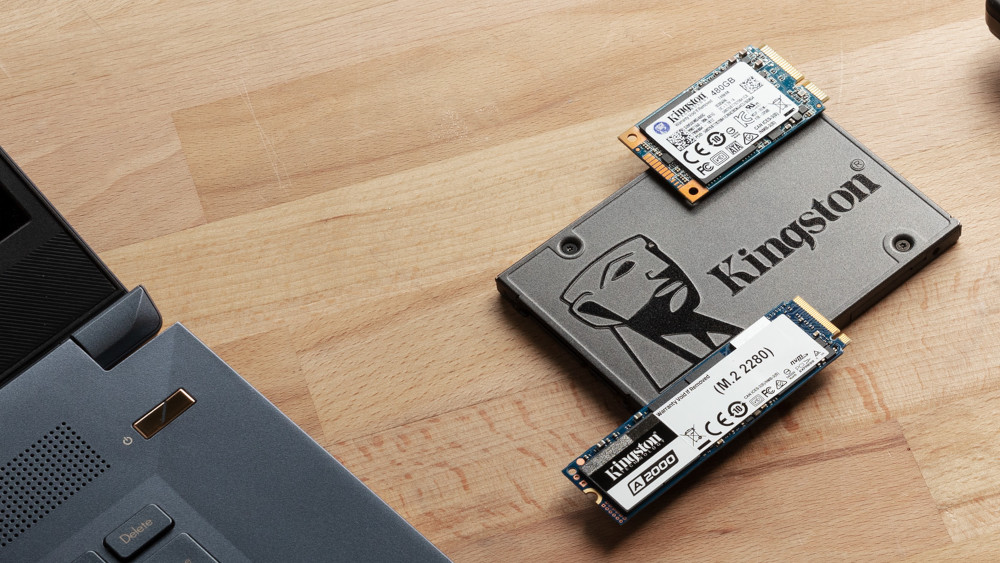 It’s possible you’ve read somewhere or someone gave you the following advice: a bigger SSD is faster. That is correct. If you take a specific SSD drive model and compare its 250 GB size variant to the 1 TB variant, the bigger one will be faster.

Again, I can’t stress this enough: we’re talking about the same model from the same manufacturer – only the size differs.

Ok, but why is a bigger SSD faster?

To put it simply, a bigger SSD has more NAND chips ranks and more channels that they can use in parallel. This leads to faster data transfer. This is a lame simplified explanation.

This of course, varies from manufacturer to manufacturer and that is because there are different controllers out there, different things a manufacturer can do in the SSD’s firmware and so on. But usually, you’ll see a measurable difference between the low capacity drives and the higher capacity ones.

The way an SSD uses its cache is by placing data in this lower-latency area, called the cache, so future requests for that data can occur much faster. These caches are usually of two types: DRAM Cache or SLC Cache.

Fast SSDs, usually have a DRAM cache. The controller of the SSD actually has this dynamic random-access memory (DRAM). Do not confuse this with the SLC cache.

Why would you care? Well, bigger SSDs have a bigger DRAM cache. Just check Samsung’s datasheet for the 870 EVO – on page 3 you’ll see the 1TB, 2TB, and 4TB have bigger and bigger DRAM caches than the 250/500GB drives.

DRAM Cache and SLC Cache are completely different animals. Yes they both do the ‘cache’ action. They both have the purpose of accelerating the drive’s speed, but the cost and logic are different.

And because of the temporary storage function of the DRAM cache, many read and write processes can directly use the data in this cache – and it is a lot faster than starting from the beginning.

When we’re talking about the SLC cache, it is not a separate chip. Because it is called a cache and it is not really a true SLC NAND Flash chip, but a part of the space in the TLC or QLC’s NAND Flash IC, it simulates the SLC writing method. It simulates it as in it writes only 1 bit of data in each cell. This does improve the read/write performance of the SSD. But not as long or as much as a DRAM cache.

But! For an SSD without a DRAM cache, just a SLC Cache, the speeds will drop dramatically after that cache is exhausted from sequential writes – thye drop to the original value of the TLC NAND Flash. For these types of SSDs, without a DRAM cache, usually the indicated read/write speed in the tech specs are measured using the SLC Cache. (the test does not get to saturate the SLC cache and the average speed is higher. But if it were to be really tested, we’d see lower numbers once the SLC Cache can’t keep up)

The bottom line is: a drive without a DRAM Cache will not be able to sustain those advertised speeds for long.

Plus, a bigger DRAM Cache means you can abuse that drive more. By abusing, I mean giving it heavy workloads like a lot of writes/reads at once.

My 2cents? Never buy a DRAM-less SSD. SSDs that have a DRAM cache are so cheap nowadays it does not make sense to trade off the performance. Heck, I’ve seen DRAM-less SSDs a couple of bucks more expensive than the ones with a DRAM cache. I don’t know why.

How to tell if that SSD has a DRAM cache?

Just look up the datasheet on the manufacturer’s website. PCpartpicker also sometimes lists this specification in the Cache column.

If I’m in a hurry, if the manufacturer does not say anything about the DRAM cache, I will assume it has none. If I really want to know, just Google some review of that model.

A specification where bigger drives win again, as they allow for more writes before failure.

To be fair, a normal gamer/user will probably never saturate this even if we’re talking about a small drive. It takes a lot of work to actually write so much data and usually… you’ll probably want to upgrade to a bigger or faster drive before your old SSD will fial.

Nonetheless, it is worth mentioning that the TBW figure is also bigger in a bigger SSD.

Always try to buy bigger and with DRAM Cache

Enough said. Spending a little more for a bigger drive with a DRAM cache is always worth it. Always!

Examples of popular SSDs that do have a DRAM cache:

Do note that the list above is not complete. I’m sure I’ve missed some. Those are just some popular drives that I can actually recommend if you are looking for suggestions on what to buy – and always strive to get the biggest capacity you can afford!

If there is something to remember from this whole article is this: buy as big as your budget allows you and always buy an SSD that has a DRAM Cache. These two ideas will guarantee that you’ll not be disappointed with your new SSD.