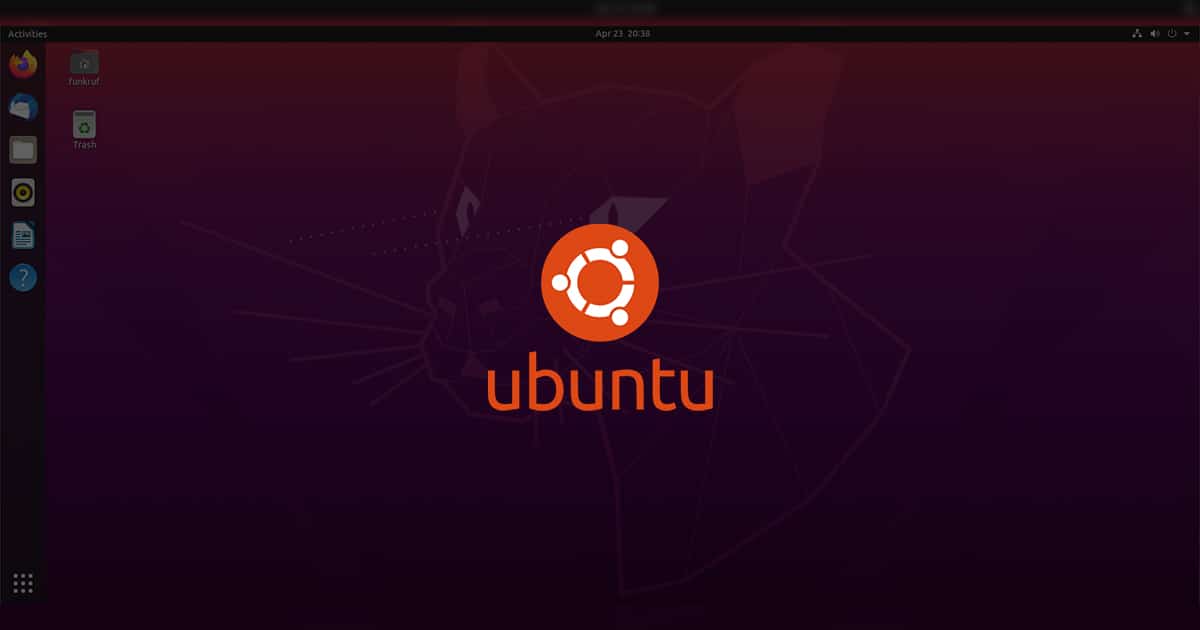 So I thought I’d make a small list of my favorite apps on Linux Ubuntu. Please note that this is not a toolbox. These are just some apps I find extremely useful. I will cover a whole toolbox in a future post.

Best thing? These are all free apps for Ubuntu.

Enough chit chat let’s get on to it!

Probably the best code editor for Linux Ubuntu in my opinion. Packed with the theme of your choice and with the right extensions… you got yourself a very, very powerful tool/app or whatever you like to call it.

Termius or just the Terminal

I’ll admit: I did not find the proper time to look too much for a terminal app, especially since I can’t seem to get along with drop-down terminals. On Windows, I used Cmder.

But on Ubuntu I find myself using Termius or just the normal terminal. Why Termius? Fast and easy way to save every host I need to connect to, without needing to remember the usernames and passwords. And when you often connect to several machines it sure comes handy.

Yes, okay, Termius has a paid version. But the free one is good enough for most people.

A free password manager. It’s not just for Ubuntu, but as I use it I had to mention it. Using the self-hosted option in a Docker container. No complaints so far.

Granted it does have some extra features for premium users but I don’t really need them.

Probably my favorite snipping tool. For when you need to share or explain something fast in one image, Flameshot can handle a lot.

Being able to paste stuff you copied is amazing. And Diodon is a free app that can allow you to do just that. It’s easy to use, fast, non-intrusive and it remembers stuff for a long time.

Htop is another free ubuntu app that allows you to monitor the Ubuntu system you’re running it on.

The great thing about it, it’s that Htop is not just an interactive system monitor. It is also a process viewer, process manager strace tool and many more.

You can also scroll vertically and horizontally and pick your column to sort data. Maybe you want to find what’s eating your Ubuntu server’s CPU or Memory? Easy.

For recording the screen. You probably know this one.

Deluge is a simple to use bit torrent app. I can’t say that I like it for a certain reason. I used it a lot on Windows so… why not use it on Ubuntu?

For running scripts and time-saving shortcuts. This might seem dumb or something lame, but just like key binds in certain MMOs (looking at World of Warcraft and remembering the good days of Wrath of The Lich King) it’s faster to use shortcuts, especially for repetitive tasks.

For example, I constantly need to run commands like bin/magento cache:clean. Well with the help of AutoKey I just need to press CTRL+SHIFT+C (that’s my shortcut).

And this is just a simple and lame example of what AutoKey can do. I urge you to explore it. I bet it will prove to be a time saver for a lot of stuff. I’m not lazy, but I will try and save as much time as I can when it comes to repetitive tasks.

Oh, did I mention you can also restrict these shortcuts for certain apps and not be obliged to have them thorough the entire OS. Pretty neat!

GreenWithEnvy is a great tool for custom fan profiles and overclocking Nvidia graphic cards in Linux.

I mainly use this to make the GPU as quiet as it can be without getting hot.

You probably know this. A great FTP client.

A Notepad++ replacement. As much as I love Vscode for programming, Notepadqq comes in handy in certain tasks or as a daily text editor.

It’s main strength in my opinion is the Regex search and replace. I don’t know if it’s the suggestive interface or the actual speed of the app when opening huge files… or that I’m just used to it, but it’s great!

Sometimes you can’t fit everything in a picture. That’s why a short video of something is great for e-mailing someone. I often find myself using this while trying to show something basic to a user.

Probably everyone knows this one. Its a great video player but it can do so much more! For example, using Streamlink Twitch GUI you can actually watch your favorite stream in VLC. Pretty neat.

Also, you can use it as a podcast manager. I know, a bit unorthodox but it works!

An audio player for Linux. (but not only)

Been using this for a while, but as I mainly find myself listening to stuff on YouTube I can’t say I used it much lately. But I prefer it over Clementine so if you’re looking for an alternative try Audacious.

The famous E-mail client. I’ve been using it a lot on Windows, and I’m using it on Ubuntu too. It handles everything well and I am very used to it’s interface. It does look ‘kind of’ dated… but oh well.

Last but definitely not least, Virtualbox is a great and easy way to quickly create a virtual machine for testing and doing stuff. I often find myself using it with a Windows 10 virtual machine in case I need to use some app that does not work well in Linux Ubuntu (not even with Wine or stuff).

And that’s it. What about the rest?

And that’s about it. I’ll cover tools like Docker and such in a different article as I feel they deserve more attention than these apps (not trying to be rude or anything).

You’re probably wondering why I don’t use graphic design apps or something. Easy. I dual boot Windows/Ubuntu because I like using Photoshop and Illustrator. You might say that I can do anything I do with them on Ubuntu with some app. But when you have to move fast, it’s faster to boot to Windows or boot that Windows VM to do something than spending time learning how to do something in a new piece of software. I do have Inkscape and other apps installed… just couldn’t be bothered to take the time to learn how to use them properly.