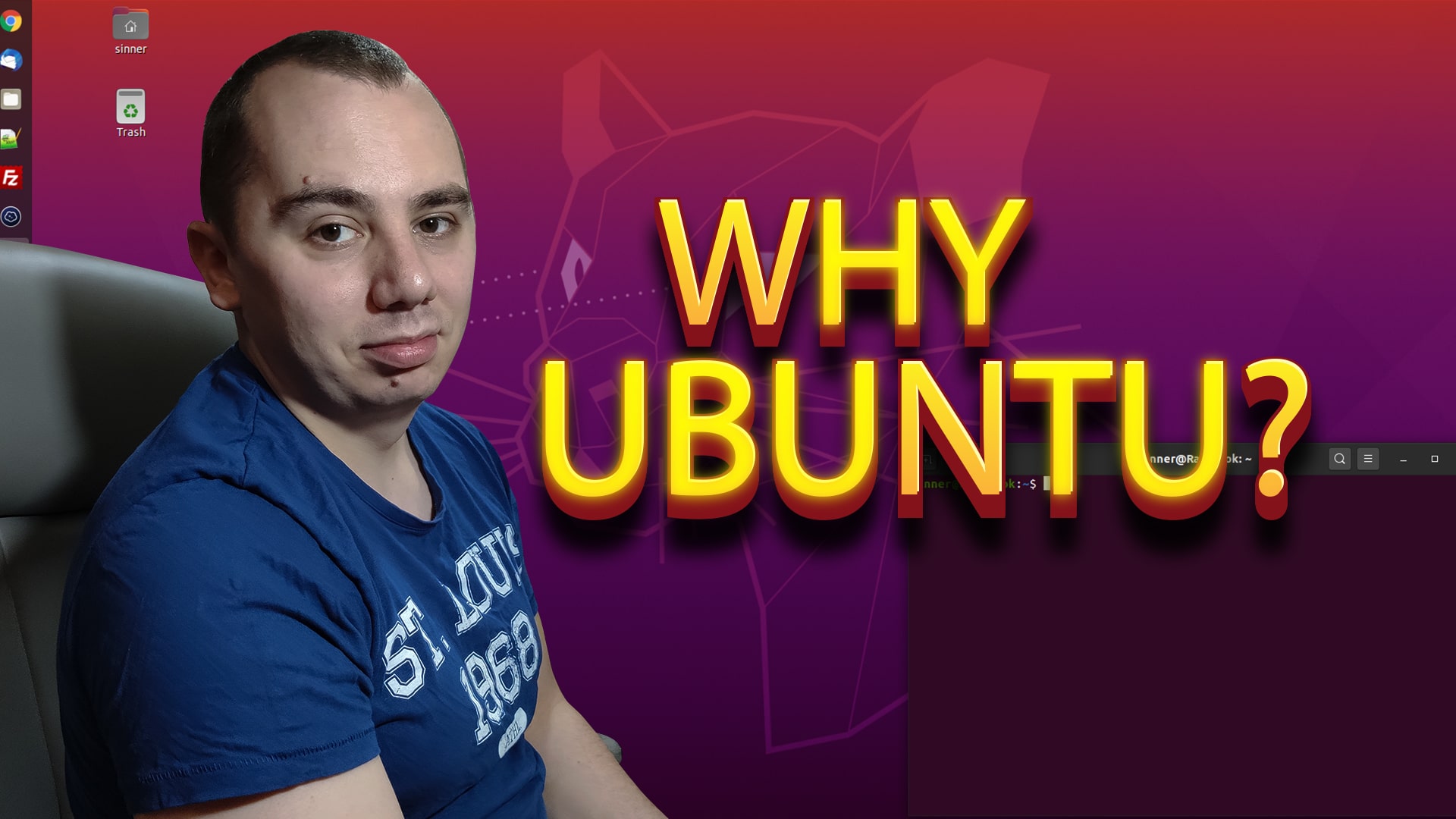 his is NOT a Linux vs Windows article/video or anything like that. I’m not here to convince you to do anything, I just hope my story/case will help you or just be an interesting video to watch.

As usual, you’ll find the video version of this article at the end of this post from my YouTube channel.

1. I realised I am not bound to Windows that much. I only ocassionally use Adobe products and game on the weekends. Oh, and Microsoft Excel sometimes.

2. For daily work, I really don’t miss anything. Visual Studio Code, Notepad++, Termius, FileZilla were already available for the Linux ecosystem. And might I add, FileZilla’s dark theme looks better on Ubuntu than on Windows!

3. Over the years, having a proper terminal inside the operating system became very convenient. A lot of what we do is actually hosted on Ubuntu Server machines and CentOS machines. Bee them VPS-es or dedicated servers, it’s just the norm. Heck, even our in-house development server is running CentOS.

So daily work on them has me knowing how to configure a lot of stuff without even a google search. Not what I can say about Windows, since there’s always something that is just not how it’s done on your average debian on rhel distro.

5. Let’s face it. If we’re talking about containers and stuff. These are made to work well on Linux. That’s just the facts. And yes on Windows 10 Pro you can have Docker for Windows. But Linux will always have the edge.

5. Performance. Linux in general can take a lot. You know what I’m talking about. Those endless Chrome Tabs, several apps open, several files open, some vm for testing is running in the background, and so on. It feels a lot snappier even when I actually forget to close stuff.

6. I guess security. Yes Linux is more focused on security. But we do have a pretty secure environment over here because of the way our network is configured and even on Windows always use proper security software and most importantly common sense. But hey, it’s a plus!

7. I won’t lie: I like the latest GNOME. It looks, feels and moves awesome.

And last but not least, I’m using a wireless mouse. More often than not, on Windows 10 I find myself having weird problems with my mouse: like it’s skipping, lagging, or just taking a break for a split second. I did not bother to reinstall or test if the latest major update introduced this thing (timing seems right). It would do it just enough to lose what text you were selecting. So, a perfect ‘excuse’ to switch over. Like I needed one. Been using Ubuntu daily for a couple of weeks now and not once has this happened. I did not change the USB port for the mouse’s wireless dongle or did anything special.

1. These things called snaps. It might be just me, but Vscode seems to start a lot slower when installed as a snap as oposed to .deb. Can’t say I agree with it. As long as a way to install stuff the good old fashioned way eists I’m good.

2. Not everything runs great with Wine. So a dual boot setup or a VM with Windows will probably always finds it’s place in my system. Or at least until I find the time/patience to completely ditch Adobe software. But even then, some games are not available on Linux.

3. Some well-known software that people use is on Windows. I’m talking as a PC enthusiast and a tech content producer. Hwinfo, MSI Afterburner is to name a few. And yes there are alternatives, good ones. But if you’re trying to show someone how to use MSI Afterburner, you can’t really do it without running MSI Afterburner.

1. Try before you completely switch. Dual boot or install Ubuntu in a VM.

2. Don’t be scared about the terminal. You are not that dependant on it on modern Ubuntu.

3. Be open to learning stuff.

All in all, I feel like my workflow has improved due to the Linux ecosystem and the fact that working a lot in PHP, doing a lot of sysadmin tasks, and everything work related is just easier to get going in a Linux operating system.

Of course, there is a lot of stuff that I have not dabbled into yet, and I must say that I’m using this as an opportunity to further expand my knowledge on Linux in general as well as Debian systems.