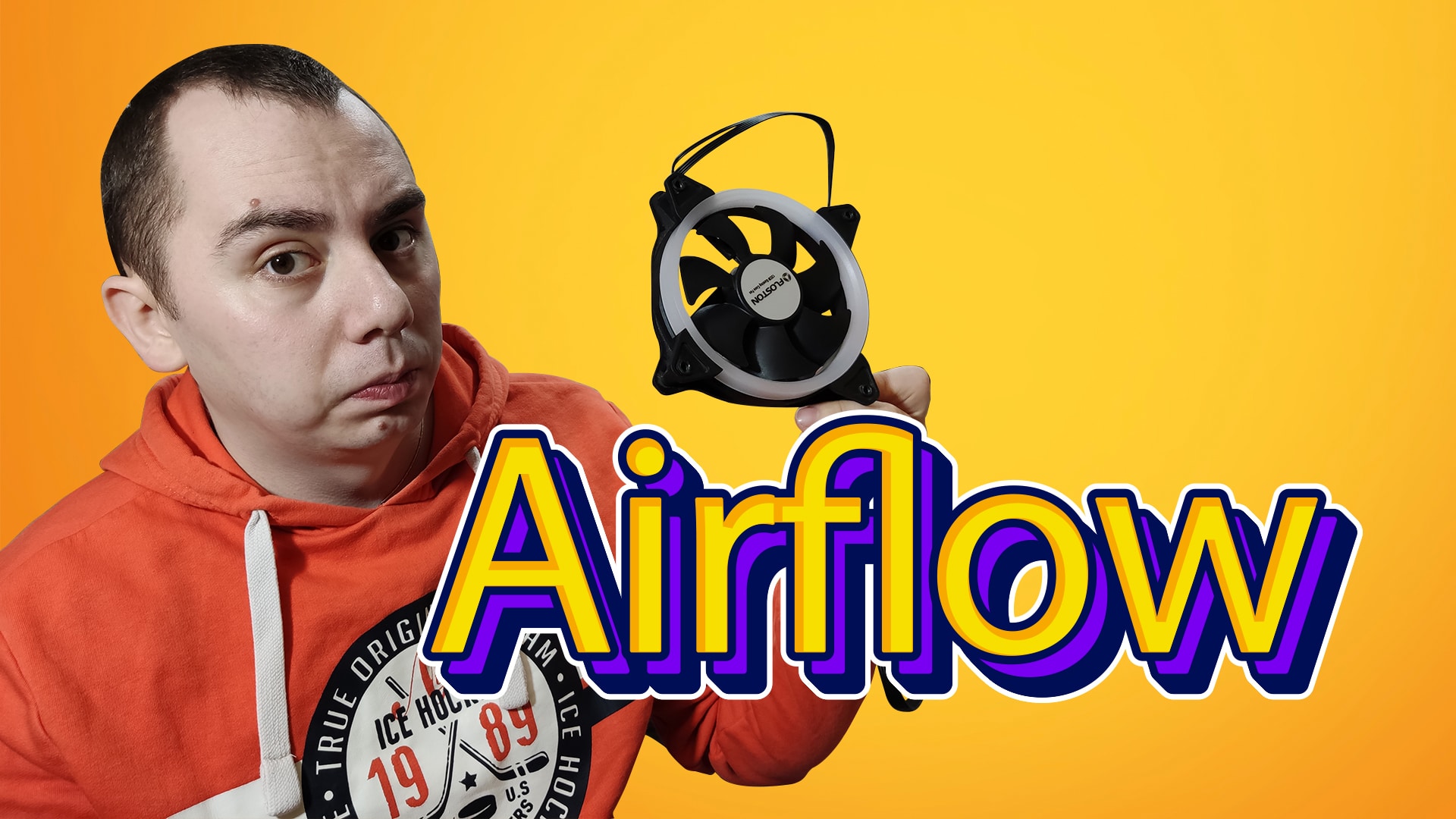 So I thought of a great video for those just getting into cooling their PC. Airflow basics – as usual you’ll find the video at the bottom of the post.

When we’re talking about airflow and desktop PC’s we’re referring to how the air moves inside the case. And we want cool air to come in, and hot air to go outside of the case.

Based on how many intake and exhaust fans you have, you might have a negative, close to neutral or positive pressure inside the case.

Negative pressure refers to having more exhaust capacity than intake.

I always prefer positive pressure as it amounts to less dust build-up because we can control the air that’s coming in. Obviously, if we have dust filters and clean them once in a while. When we have a negative pressure, the case sucks air through all its gaps, and as most of them won’t have dust filters, we get more dust into the case.

As far as fan positioning goes, usually front and bottom for intake, and back and top for exhaust. Because hot air rises.

When choosing a fan look for the CFM rating (cubic feet per minute), which measures the volume of air that fan moves in a minute. The higher, the better.

Do keep in mind that bigger fans are usually quieter because they need a lower RPM to achieve the same CFM.

Also, case fans come with two types of fins: for airflow or static pressure. Those optimized for airflow are quieter and great for unrestricted areas. The static pressure ones are designed to push and pull air with extra force. I wouldn’t worry too much about this, airflow optimized ones do just great.

Some tips: avoid placing the pc on a carpet as you might obstruct airflow if you have bottom intake fans or the PSU is mounted on the bottom.

Be wary of how a fan works! Air flows across the open side towards the side with the protective grille.

Cable management and an organized case interior can help. But it’s not a game-breaker usually. But your pc will look a lot better if cables are nice and tidy – especially if you have a transparent side panel!

I hope you found this article and video useful!

Did you see my review of the Scythe Ninja CPU cooler?